Nick Versino: Mr. Versino volunteered at the Mission for a short month.

He was specially loved by the children for the goodness of his heart, but also because of the freebees and other games he brought and played with them. He also built, in the Mission’s carpentry, several games for them. One, made of wood blocks, is still called by the boys: “Mr. Nick’s game” He is missed.  Many years later, once in a while the children still ask for their “Mr. Nick”. 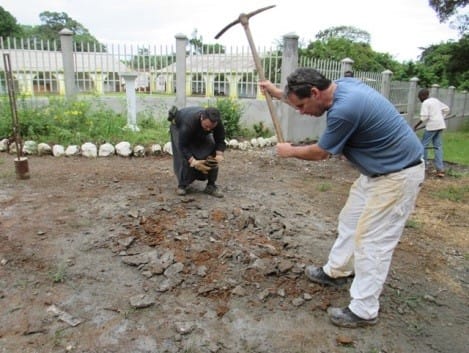