Canon Lefèvre was not only the Vice-Rector at our Seminary, but also a very good friend. I invited him to come volunteer at the Mission and its one of the wisest things I ever did. He came, so far, twice. It was such a blessing to have him at the Mission. Just like at the Seminary, he didn’t hesitate to pick the rake to rake the leaves in the garden when he had free time. But mostly he was a blessing to the Mission’s community life all while giving spiritual direction to our Oblates, Candidates and others. Next time he comes, we are hoping to organize a couple of retreats for the different groups at the Mission. He was the celebrant in the re-inauguration of the Mission’s chapel. (Picture). His priestly example of dedication, piety and humility touched everyone. 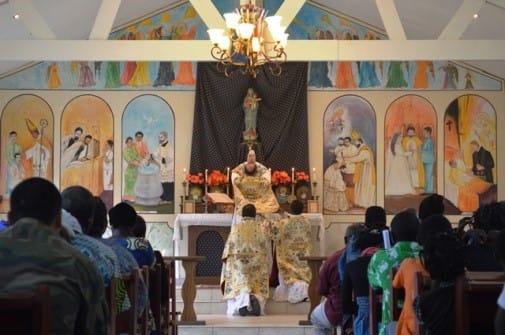